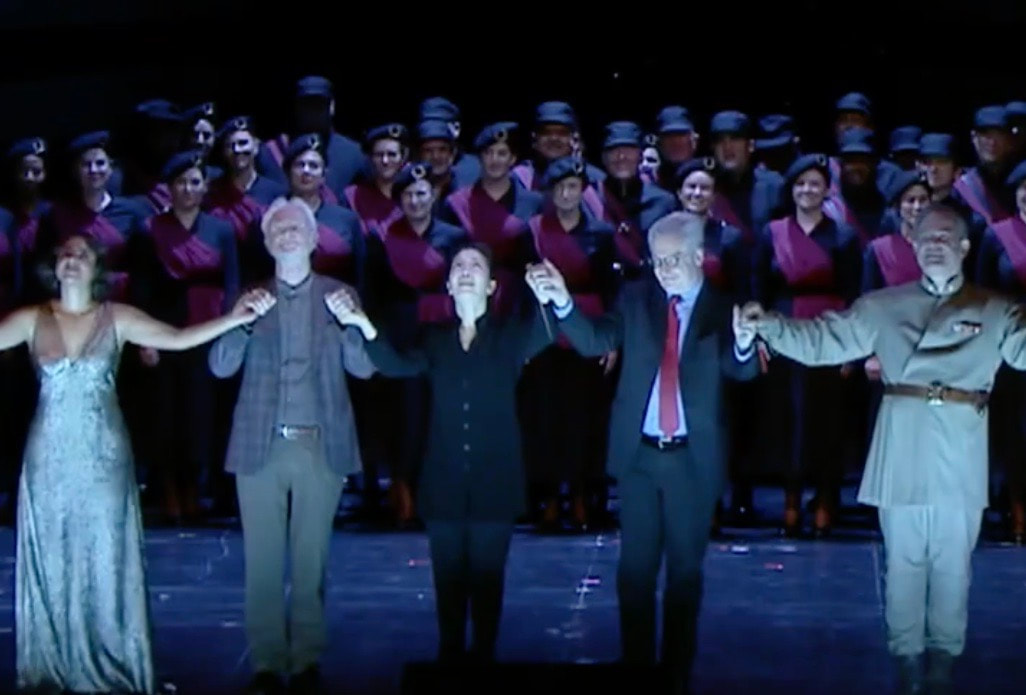 Antony and Cleopatra, world premiere San Francisco Opera, with Amina Edris, John Adams, Eun Sun Kim, John Keene, Gerald Finley
John Keene was appointed Chorus Director of San Francisco Opera in January 2022. Previously he was Head of Music and Chorus Master at Seattle Opera where he made his conducting debut in 2016 with acclaimed performances of As One in Washington Hall. He was Assistant Conductor for the final presentation of Stephen Wadsworth's production of Wagner’s Der Ring des Nibelungen and musical consultant for the live recording issued on Avie Records. His debut in Seattle was as Chorus Master for Fidelio in 2012. Prior to Seattle he was Head of Music and Chorus Master at Florida Grand Opera where he worked with Plácido Domingo, Helen Donath, Dmitri Hvorostovsky, Sherrill Milnes, Renata Scotto, and Bryn Terfel. During his time at FGO Maestro Keene was also Head of the Young Artist Studio and appeared in concert and as conductor.

As Founder of the Elysian Opera Group in New York City Maestro Keene conducted Don Giovanni, Le nozze di Figaro, La clemenza di Tito and Gluck’s Orfeo ed Euridice in Merkin Concert Hall. For San Francisco Opera he has been a faculty member of the Merola Opera Program and conducted Western Opera Theater’s thirtieth anniversary national tour of Il barbiere di Siviglia in an acclaimed production by John Copley. For Sarasota Opera he was Director of the Apprentice Artist Program and Chorus Master for many productions, including the American stage premieres of Verdi’s original 1857 version of Simon Boccanegra, the French languague version of Les Vêpres Siciliennes, and Carl Nielsen’s Maskarade, performed in Danish. For Opera Theatre of Saint Louis he performed continuo for the American stage premieres of Purcell’s King Arthur and Mozart’s Mitridate, and for eleven seasons he served as assistant conductor for New Orleans Opera. Among the many notable artists with whom he has collaborated are composers John Adams, Mason Bates, Carlisle Floyd, Laura Kaminsky, Gian Carlo Menotti, Thea Musgrave, and Bright Sheng,  He performed in honor of the poet Richard Wilbur on his eightieth birthday and has collaborated with Dana Gioia in numerous performances of his poems and his opera libretto 'Nosferatu'.

A celebrated vocal coach and teacher, John Keene has been a member of the opera faculty at the Mannes College of Music and has presented master classes in vocal repertoire, opera, and accompanying nationwide. He was Music Director of LSU Opera at Louisiana State University where he conducted La Bohème, La Traviata, Little Women, Susannah, and Carlisle Floyd’s Willie Stark, which was released on DVD by Newport Classic. His students there included Lisette Oropesa, Daniela Mack, and Noel Bouley. For thirteen summers he served on the music staff of Chautauqua Opera and has been a guest vocal coach for both Yale Opera and Sherrill Milnes' VoicExperience. Performances as accompanist and chamber musician include appearances at Carnegie Hall, Weill Recital Hall, the Kennedy Center, Lincoln Center, Ambassador Auditorium in Los Angeles, and many performances for radio and television. Recordings include the complete Italienisches Liederbuch of Hugo Wolf and the accompaniments to G. Schirmer’s anthology Twenty-Four Italian Songs and Arias, as well as Der Ring des Nibelungen recorded live at Seattle Opera for which he served as musical advisor. For five seasons he toured as recital partner to the baritone Ben Holt; they can be heard together on a recording of live performances issued to benefit the Ben Holt Memorial Scholarship Fund at the Juilliard School of Music. He is a frequent adjudicator of the Metropolitan Opera Laffont Auditions and other competitions.

John Keene is a graduate of the University of Southern California where he was twice awarded highest honors, as solo pianist and accompanist. His teachers included John Perry, Brooks Smith, Natalie Limonick, and the pioneer teacher of the art of accompanying, Gwendolyn Koldofsky, in whose song classes he partnered the baritone Thomas Hampson. While still a student he also accompanied soprano Johanna Meier, mezzo Gloria Lane, violinists Oscar Shumsky, Sally O'Reilly, Eudice Shapiro, and Pamela Frank, and cellists Gabor Rejto and Eleonore Schoenfeld. A former cellist himself, he became the youngest-ever member of his hometown Lancaster Symphony Orchestra at age twelve.